With the amount of misinformation being spread by the marijuana industry it is important to know the facts.  We’ve compiled a list of facts that we believe are important for everyone to be aware of. Please take some time to review the facts below to learn for yourself about the dangers our communities face.

The Marijuana Industry Targets Poor Communities and Legalizing Marijuana Does Not Change Inequality, Racism or Biases.

Putting pot shops in poor communities and promoting a dangerous drug while denying the harms and risk is a social injustice.

The Legalization of Marijuana is an Epic Failure

1. Colorado’s homelessness growth rate ranks among the highest rates in the country. Directors of homeless shelters, and people who live on the streets, say homeless substance abusers migrate there for easy access to pot.
2. There has been a doubling in the number of drivers involved in fatal crashes who tested positive for marijuana, based on research by The Denver Post, a pro-legalization organization.
3. There is more marijuana in schools than teachers and administrators ever feared. Drug violations reported by Colorado’s K-12 schools have increased 45% in the past four years, even as the combined number of all other violations has fallen. The investigation also found an increase in high school drug violations with an increase of 71% since legalization. School suspensions for drugs increased 45%.
4. The National Survey on Drug Use and Health found Colorado ranks first in the country for marijuana use among teens, scoring well above the national average.

The source for this information is the Colorado Springs Gazette.
http://gazette.com/editorial-the-sad-anniversary-of-big-commercial-pot-in-colorado/article/1614900

Legalizing Marijuana Will Cause More Deaths On Our Roadways

Marijuana significantly impairs driving including time, distance estimation, reaction times, and motor coordination. [1] The National Highway Traffic Safety Administration lists marijuana as the most prevalent drug in fatally injured drivers with 28 % testing positive for marijuana. [2] Vehicle crashes are the leading cause of death among those aged 16-25. [3] Weekend nighttime driving under the influence of marijuana among young drivers has increased by 48%.[4] About 13 % of high school seniors said they drove after using marijuana while only 10 % drove after having five or more drinks. [5] Another study showed about 28,000 seniors each year admitted to being in at least one motor vehicle accident after using marijuana. [6]

[1] NHTSA, Use of Controlled Substances and Highway Safety; A Report to Congress (U.S. Dept. of Transportation, Washington, D.C., 1988)
[2] http://cesar.umd.edu/cesar/cesarfax/vol19/19-49.pdf
[3] https://www.cdc.gov/mmwr/preview/mmwrhtml/mm6448a1.htm?s_cid=mm6448a1_w
[4] Ibid
[5] https://archives.drugabuse.gov/news-events/news-releases/drug-impaired-driving-by-youth-remains-serious-problem
[6] “Unsafe Driving by High School Seniors: National Trends from 1976 to 2001 in Tickets and Accidents After Use of Alcohol, Marijuana and Other Illegal Drugs.” Journal of Studies on Alcohol. May 2003

Marijuana Exposures Among Children Increase By Up To Over 600%

The rate of marijuana exposures among children under the age of six increased by 610% in the “medical” marijuana states according to a study published in Clinical Pediatrics. The data comes from the National Poison Data System. 75% percent of the children ingested edible marijuana products such as marijuana-infused candy. Clinical effects include drowsiness or lethargy, ataxia [failure of muscle coordination], agitation or irritability, confusion and coma, respiratory depression, and single or multiple seizures.

The following is a quote from Sheriff Bill Elder of El Paso County discussing that the Cubans target specific grows near harvest time. “They’ll break in, tie them up, forcibly take their product. Typically, they’ll take everything they’ve grown,” said Sheriff Elder. And in some cases, those in charge will often rip their own grow house. “They will go in and they will rob the grower so that the grower believes that they are being robbed by someone not associated and they will take their own product out of there and they say sorry you just lost a load, you owe us another year. And the grower will then be indentured to that organization to grow that product for another year.”

Cannabis Use Is Associated With Increased Risk of Later Psychotic Disorder

Daily cannabis use was associated with increased odds of psychotic disorder compared with never users increasing to nearly five-times increased odds for daily use of high-potency types of cannabis. First-episode psychosis could be prevented across the 11 sites, rising to 30·3% (15·2–40·0) in London and 50·3% (27·4–66·0) in Amsterdam.

There’s No Evidence That Marijuana Weans People From Opioid Addiction

The head of the National Institute on Drug Abuse, Dr. Nora Volkow, said there’s no evidence that marijuana weans people from opioid addiction – and promoting such treatment might deny people a chance at recovery. “If you don’t treat it properly, your risk of dying is quite high” Volkow told USA TODAY Editorial Board in a wide-ranging interview. “My main concern is by basically misinforming potential patients about the supposedly beneficial effect of cannabis, they many forgo a treatment that is lifesaving.

After marijuana use was legalized in Colorado in 2012, ER visits linked to cannabis use tripled over the next five years at one of the state’s largest hospitals, according to a new analysis. Psychiatric ER visits were more common after people consumed marijuana edibles, compared to smoking or inhaling cannabis products.

The researchers examined nearly 10,000 patients at University of Colorado Hospital from 2012 to 2016, finding that while sales of edibles are lower than inhaled pot products, people eating marijuana candies or food were more likely to show up at the ER with severe panic attacks or other sudden mental disorders. Inhaled marijuana caused a higher rate of hospitalizations, mostly due to cannabinoid hyperemesis syndrome, a severe vomiting condition associated with heavy cannabis use.

There are over 30,000 publications written about cannabis/marijuana, which are cataloged on the U.S. National Library of Medicine’s PubMed website. 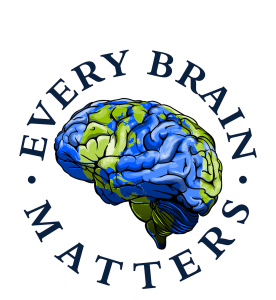 Know the Science at Every Brain Matters