Officials considered the home where a toddler was living before he was fatally run over by his dad Wednesday morning “mostly dedicated to marijuana cultivation” and had a sleeping area that was “made out of a cardboard box.”

The child would have been 2 years old Feb. 26, according to Fremont County Coroner Randy Keller.

Turner asked that bond be set at $500,000 cash only because he has no valid driver’s license, he intends to leave the state to be closer to family, he has only been in Cañon City for 10 months, and because of the value of his grow operation, he has the means to leave the country.

“The scope of the operation is serious – unlike anything we’ve seen in this jurisdiction before,” Turner said.

Bullard’s Denver-based attorney, Drew Eddy, argued that there is no suggestion that his client would flee, and that he has familial support if he were to be released on bond. He said the bond amount request was “offensive.”

“This is an extremely tragic situation,” he said. “…We are requesting he be released so that he can go bury his son.”

Eddy asked for a personal recognizance bond or a cash/property/surety bond not greater than $10,000. 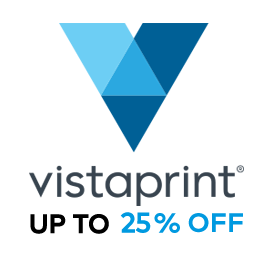 “There is nothing to suggest that he is a danger to the community,” Eddy said.

Robak issued a $25,000 cash-only bond and said that Bullard is prohibited from drugs, alcohol and controlled substances, he must not be in possession of weapons, firearms or ammunition, and he must sign a waiver of extradition and surrender his passport if he posts bond. She also denied him permission to leave the state, and she placed him on GPS monitoring and monitored sobriety.

Bullard was released from custody Thursday on a $1,000 personal recognizance bond in that case because he had no criminal history and no prior DUIs.

According to an arrest affidavit penned by Fremont County Sheriff’s Detective Dathan Gall, Bullard ran over the child at their residence in the 1100 block of Natalie Street while he was reversing his 2016 silver GMC pickup out of his driveway. He returned to his residence 14 minutes later when he noticed the child lying in the driveway.

An affidavit authored by Colorado Bureau of Investigation Agent Michael Hecht states that he was contacted by the Fremont County Sheriff’s Office after Bullard reportedly admitted to illegally cultivating marijuana and manufacturing marijuana concentrate at his residence on Natalie Street.

The affidavit states that surveillance footage shows a dark-colored pickup truck pulling into Bullard’s driveway and a male party running into the residence. The party left in the truck and later returned, leaving once again before law enforcement arrived at the scene.

Bullard reportedly told authorities that he had called a man named “Derek” to go check on his house and to secure it.

After arrival at the residence, Hecht states he noticed a large air conditioner had been inserted through a window on the west side of the manufactured mobile home. He said he could hear the air conditioning running and smelled an odor of marijuana in the open air.

Along with the extraction lab, agents located marijuana cultivation taking up about half of the residential living space, consisting of about 79 marijuana plants in various stages of growth.

Prior to a thorough search of the residence, Hecht noted that the residence was “mostly dedicated to marijuana cultivation.”

The front room contained various items of marijuana paraphernalia and a child’s sleeping area “made out of a cardboard box.”

The kitchen table had a flat-screen television and makeshift marijuana smoking area with paraphernalia “commonly used to smoke marijuana concentrates or ‘dabs,’” the affidavit states. Next to the kitchen table was a marijuana drying rack, which contained about six pounds of dried marijuana bud.

Hecht also observed in the kitchen area a loaded Ruger handgun staged in the pantry next to a box of macaroni and cheese. He said he believed the handgun was staged there for Bullard to protect his marijuana cultivation.

In the kitchen pantry, Hecht observed an AR-15 rifle along with a bolt-action hunting rifle. Next to the kitchen was a makeshift sleeping area consisting of a mattress with several blankets.

Also in the home was a makeshift grow room and bathroom where it appeared only the toilet was usable because the bathtub had a large hole in its floor leading outside.

Hecht also found a child’s ball underneath stands to hold the marijuana plants in the cultivation room.

Bullard will appear for bond return and formal filing of charges in both cases at 10:45 a.m. Feb. 7.